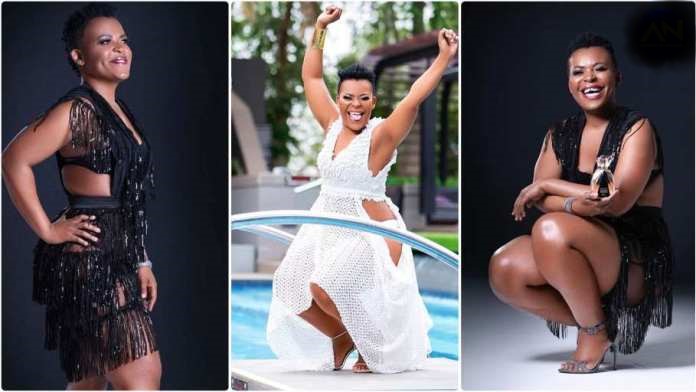 Zodwa Wabantu Unlock New Hot Video Showing Her Raw Goodies On Stage – Watch. South African socialite Zodwa Wabantu is always on the spotlight and this time for doing what she is best known for, being an entertainer and showing off a lot of skin.

Overwhelmed by the love and support she has been receiving from fans as she has resumed her duties as a dancer at clubs, she has taken her excitement a bit too far.

The local entertainer and reality TV star got tongues wagging once again after she was seen being parading her assets in a video clip she posted on her Instagram page.

In the video, the “Zodwa Wabantu: Uncensored” star is seen dancing while male spectators salivating on her goodies.

This is not the first time for Zodwa,
Few months ago , a video clip emerged on social media where, a man was seen rubbing Zodwa’s behind while another slipped his hands between her thighs and appears to be touching her inappropriately.

Zodwa has previously explained that she was comfortable kissing her fans and being touched while performing, saying she will walk away if she feels uncomfortable.

“Guys, whether you touch me or whether you do whatever to me when I am on stage, I don’t have a problem with that,” Zodwa said.

Trending : Lady Wrestle With Thief Who Try To Snatch Her Phone And Bag – Video Below