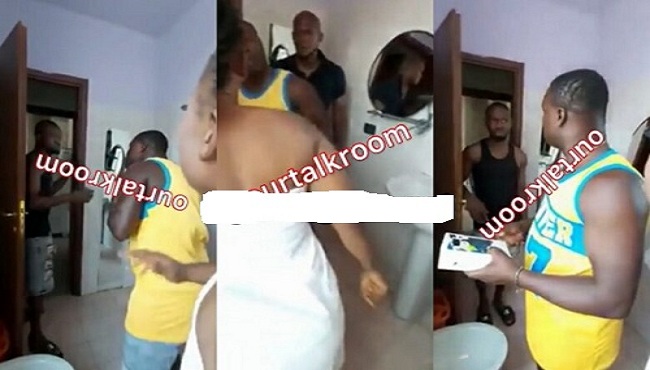 Yawa – Guy Catches His Main Man Recording Wife Nak3dness In Bathroom – Video. An unbelievable video circulating on social media which has caught the eye of My News Ghana writers has sent shocks down the spines of many social media users.

In the video, a man caught his best friend recording his wife’s nak3dn3ss while she was in the bathroom.

In the video, the man entered the bathroom to see a strange box on the floor.

He took it and upon opening it found that it was a phone which belonged to his best friend who he gave a place to sleep. Actually his best friend was recording his nak3d wife while she was in the bathroom.

The shock and confusion that followed are not to be read but to be viewed.