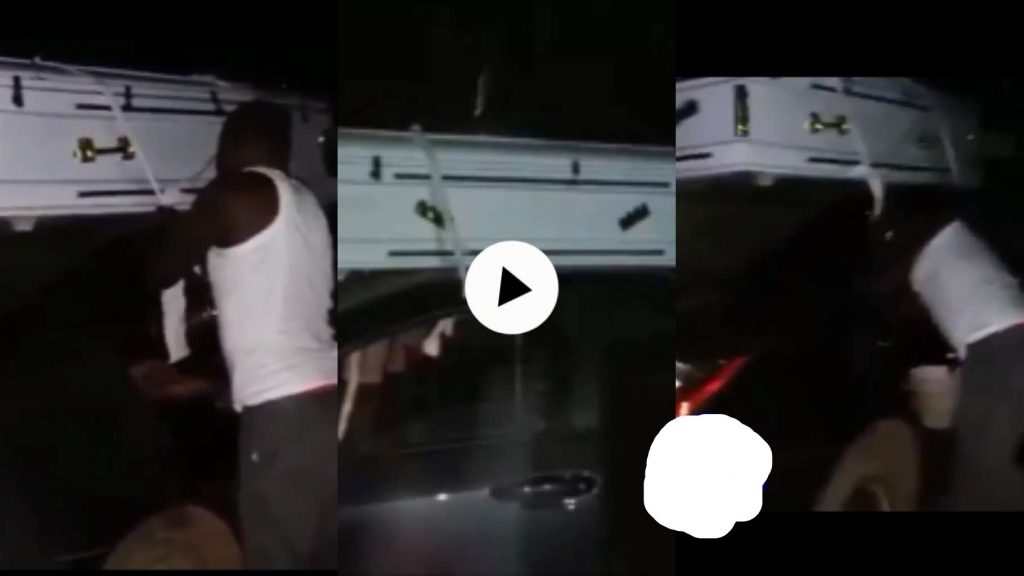 Wonders – Young Guy Seize For Carrying White Coffin @ Midnight (Video Below). An unidentified young man believed to be under spiritual manipulation was arrested by natives of Abuakwa-Manhyia for carrying a coffin to the town at midnight for no tangible reasons.

Eye witness Kojo Tawiah who was not asleep during the hours of 1:00am (13:00GMT), saw a young man carrying a white coloured coffin on top of a Toyota Corolla to the Tee Junction of the town.

The young man tried to make up excuses of the coffin belonging to a priest of Abuakwa-Manhyia but his claims were proven to be lies when the priest was called to the scene at that hour.

This infuriated young men of the town to throw punches at the man for trying to use the town residents for his dubious agenda.

This is not the first time something of this sort has happened in Abuakwa-Manhyia said Kojo Tawiah.

Young boys and girls having been dying mysteriously due to these kinds of things.

We use to wake up to coffins sitting in the middle of our roads and in two or three days, young boys and girls will die for no reasons so this has lead some of us watching our town when it’s dawn in order to stop these things.

Old men and women intervened and the young man was spared of his life.

He was taken to the Abuakwa-Manhyia police station where police has taken control.

The coffin has been tied back to the car the man brought. Nine brand-new padlocks with keys were seen in the coffin.