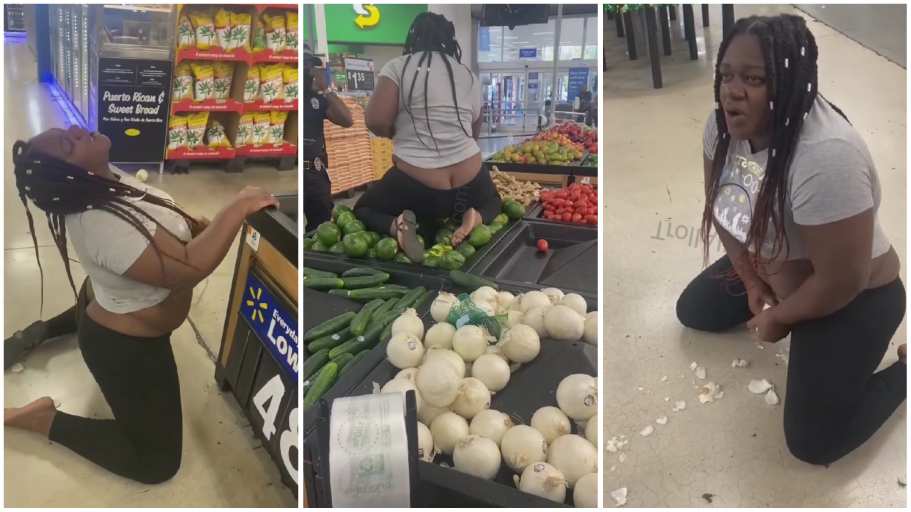 Woman Runs Mad After Taking Overdose Of Hard Drugs In A Supermarket – Video Will Shock U. Some scenes make us shy and take our breath away that we just can’t help but capture and share with the world. We know you are eager to know what this video is all about, just be patient and read on…

Despite the campaign against hard drugs which is most common among the youths, still, some folks engage in it not minding the negative aspect of taking hard drugs.

Some even overtaking it just as in the case of this beautiful lady who can be seen disgracing herself in the video.

In a video that is gradually making the rounds on social media, a lady was spotted acting funny inside the market .

She was under the influence of hard drugs, according to the information gathered.

Trending : Lady Release A Heavy Slap On Police Officer Who Was Drunk N Hit Her With His Car – Video Below