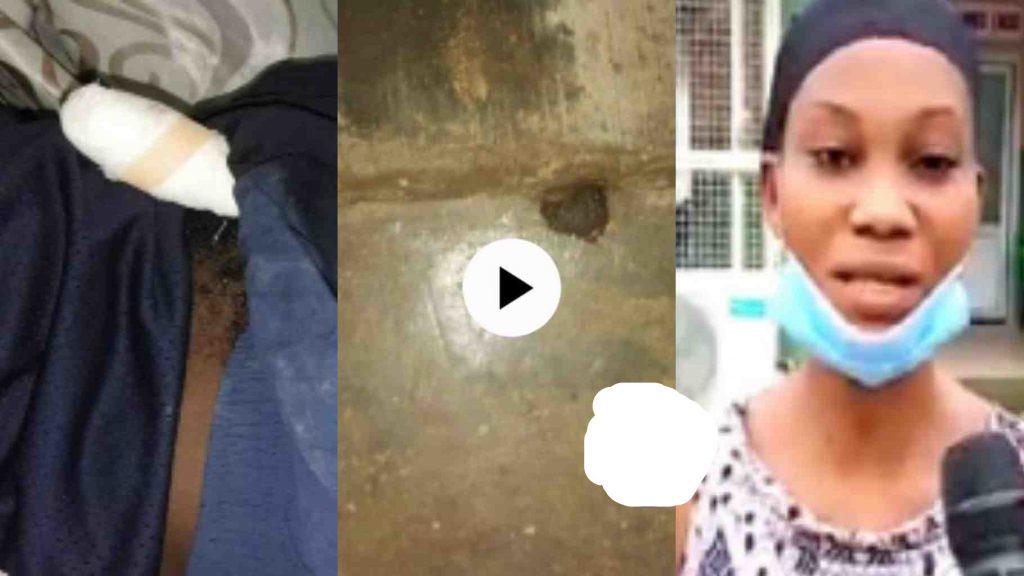 It’s always disheartening to see men who can’t control their s3xual desires resorting to rape to satisfy their hunger.

Finding a girlfriend shouldn’t be much of a problem. Some will resort to rapes which is not a good thing even though most of them get away with their heinous act, others well.. are not so lucky and get more than what they bargained for.

Justina Donkor, a 24-year-old young lady has shared the story of how she bite the penis of an armed robber who broke to her room wanting to rob and rape her.

According to the lady, around 2:30 am, an unknown man suddenly entered her room, sedated her and had sex with her.

Upon waking up, Justina said she saw the criminal with a cutlass and a locally manufactured pistol who had already stolen her Mobile phone and other valuables.

However, the armed robber, according to the victim had earlier raped her when he broke into the room to steal her belongings.

Still not satisfied with the first round rape, the armed robber who became selfish with getting fun while on the robbing ‘job’ told the lady to give him a BJ so to make him hard on and enjoy her for the second time.

The lady, as a result, bites his manhood off after she placed it in her mouth on the request of the armed robber to give him a BJ.

The angry robber repaid with a bite on her back before making away with his bleeding manhood.