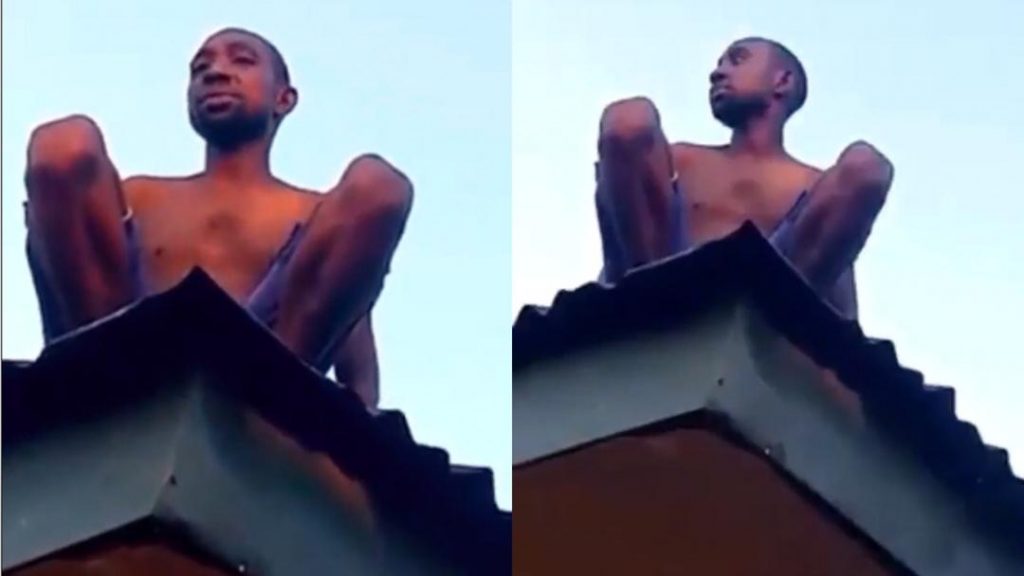 Wizard Confesses After Landing On Rooftop – My Fuel Run Out (Video)

Wizard Confesses After Landing On Rooftop – My Fuel Run Out (Video). Alleged wizard confesses after he was caught in broad daylight crash landing on rooftop

A young man accused of being a ‘wizard’ allegedly “crash landed” on the roof top of a building at Okpokpor street in Okpara-Inland in Ethiope-East local government area of Delta State in broad daylight on Saturday November 28.

The man who was clutching a hundred naira note in his hand, was identified as Omamuyovwi.

He is said to be a commercial motor cycle operator who is well known in the community and married with two children.

It was learnt that he was flogged with plantain leaves and while at the point of setting him ablaze, the community vigilante rescued him.

Eyewitnesses disclosed that Omamuyovwi was taken to his family compound at Igberhe street by the vigilante, where he reportedly confessed to being a Wizard and committing several mysterious atrocities in the area.

He allegedly confessed that he was being chased by a deity (igberhe juju) from the coven where he went to fortify his craft when he ran out of “fuel” and crash landed on the rooftop with one hundred naira in his hand.