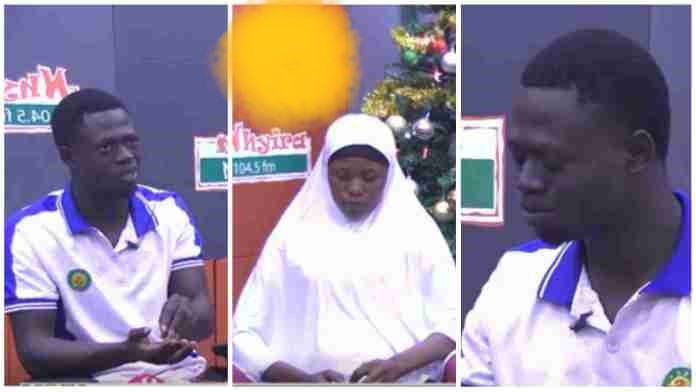 Man reveals how wife took 10million loan in his name to terminate pregnancy for another man in new video.

A young man has taken to the studios of Nhyira FM to reveal how his wife took a loan of 10 million cedis to terminate a pregnancy for another man.

The man who couldn’t hold back his tears for what he was put through mentioned that his wife went for a 10 million loan in his name to terminate a pregnancy he wasn’t responsible for.

According to the man, he got to know of all the dealings of the wife through the cousin of the man his wife cheated with.

The man revealed that, the lady gave birth and after 8onths started bleeding heavily but upon interrogation mentioned that it was medicine she took from a herbal doctor after she was advised that there are clots of blood on her womb due to her husband’s refusal to sleep with her.

But all were lies when he was informed by the cousin of the man she cheated with that his wife had been having intimate affair with his brother which they terminated the pregnancy at his blindside.