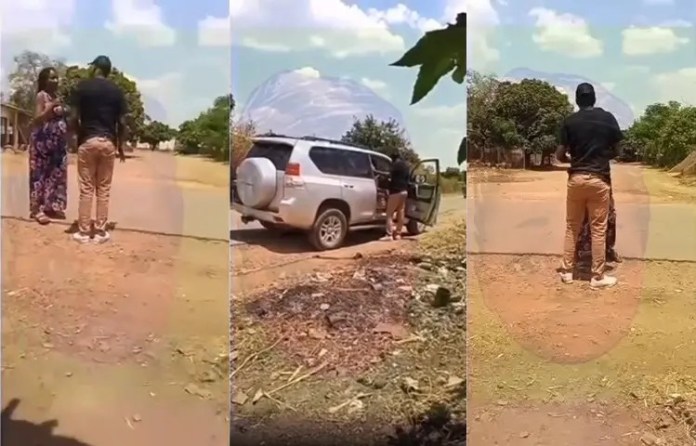 A gentleman who is now being known as Farai had a scandalous affair busted by his wife after she caught him with another woman whilst using the car she bought for him.

The drama was filmed by bystanders who witnessed the whole drama.

The man in the video being called Fatso is seen trying to talk to her pregnant wife after being busted.

The angry wife then busts out of rage and takes the car keys of the car Fatso was using to do his shenanigans.