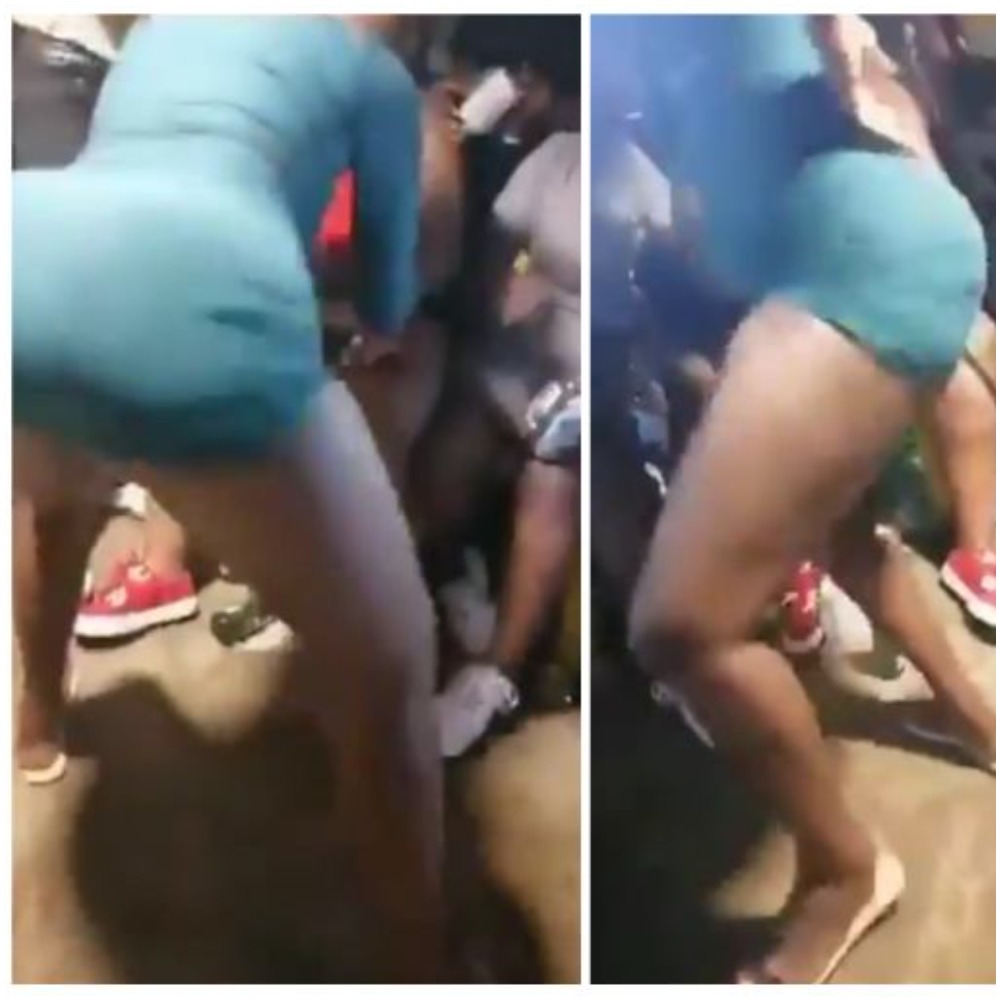 Video : Slay Gyal Puts Her Raw Apple On Display As She Displays Dancing Skills. Partying has moved from night clubs to houses. House parties are in plenty despite the Government pleading with citizens to practise social distancing to stop the spread of the deadly corona virus.

In most cases, the house parties turn into bacchanalias after cunning and starved men marinate slay queens with alcohol.

In this video that has emerged online, a slay queen was spotted getting loose in a house party after being marinated with alcohol.

The slay queen can be seen pulling down her dress as she tw3rks but also shows off her t0t0 freely.

In these Covid-19 days, some people are just looking for fun even though it seems like everyone in this tavern was breaking protocol .

Brainless slay queen parading her toto like tomatoes in a market pic.twitter.com/iRLnrxpXS4