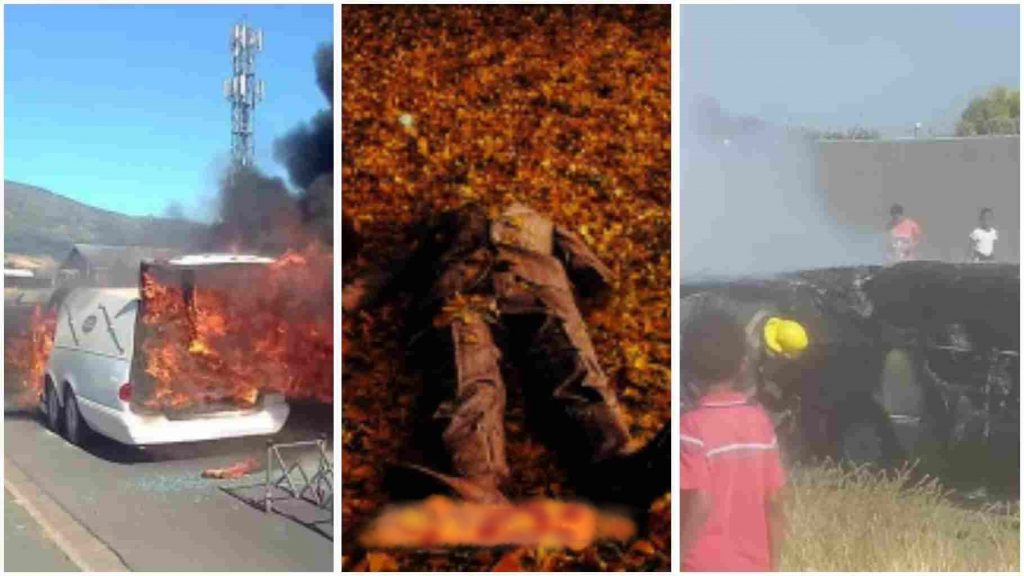 Vehicle Transporting corpse catches fire But Dead Body Remains Unburnt – Video. It was sad when a vehicle transporting a corpse to the deceased home in South Africa catches fire and burst into flames.

Undertakers made it clear that the body was unburnt and the funeral went on as planned.
A statement released by Paarl East’ Drakenstein Municipality Spokesperson, Riana Geldenhuys stated that the corpse was burnt but corrected it on Sunday, December 6th.

Hearse on fire: Paarl, Western Cape. There was a body inside: it was en-route to be viewed by the family. pic.twitter.com/p6zyBpxWbO