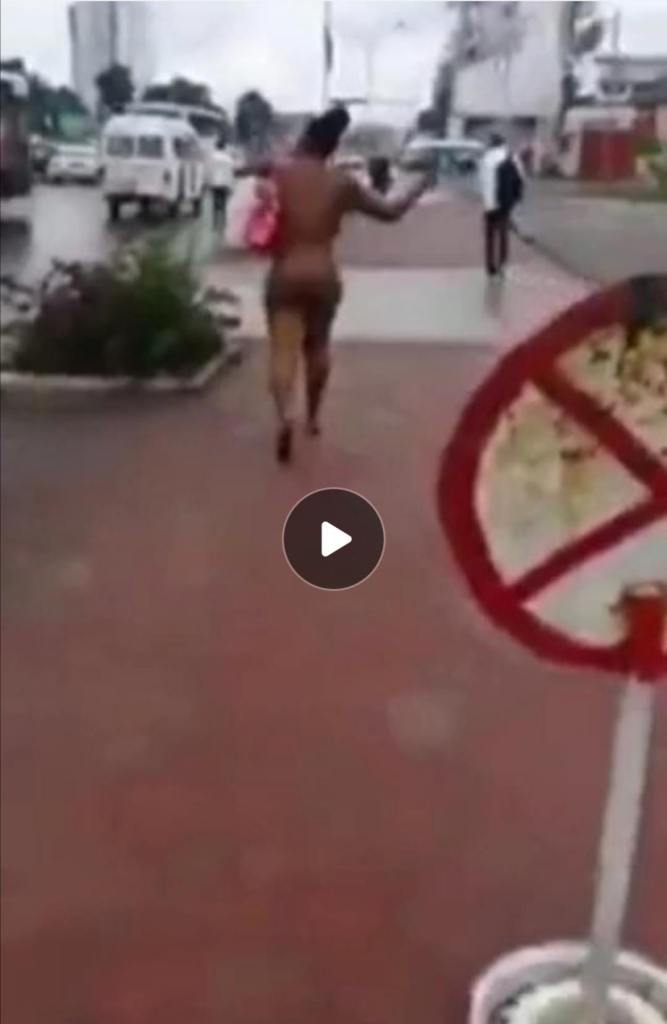 Stories about young ladies who became mentally unstable after lodging hotel with men have been reported on social media. People are of the opinion that any lady this happens to might have been used for ritual purposes by the man she went out with.

A young lady has fallen to the streets to display visible acts of insanity. Unclothed , ruffled hair and bare feet, the woman has been roaming the streets of her community.

The yet-to-be identified lady was captured causing a scene in the early hours of February 20.

While many do not know the reason for this show of madness, an eyewitness allege that the unidentified lady has turned mad because of intimate involvement with a married man.

According to the onlooker , the woman who is now mad has been infamous for sleeping with married men.

She is of the opinion that her present state is due to a particular intimate relationship she had with another married man. However, this remains unconfirmed.