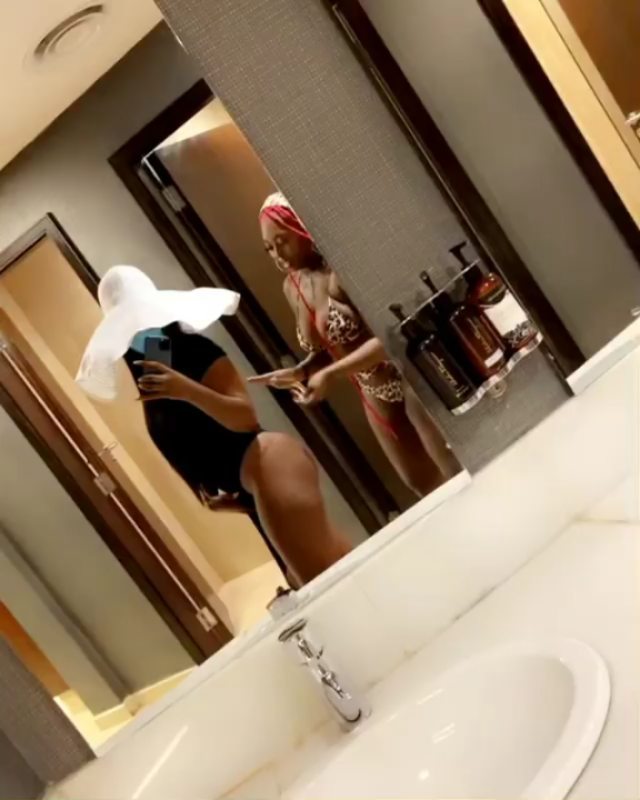 Tiisha & Akiyana Seen Playing With Their Nak3ed Body In A Coded Place – Video. New Zylofon Music artist, Tiisha and Akiyana have been spotted in viral footage due to what they appeared to be doing.

Both of them appeared to be standing in a washroom and was wearing bikinis in the video which has gradually ended up becoming the talk of the town.

The Zylofon Music signees who appeared to be in high spirits were seen videoing their washroom moment.

Following social media discussion, opinions have been divided whether the duo is into lesbobo or it’s a means to let their slumbering names in the music industry appear on blogs.