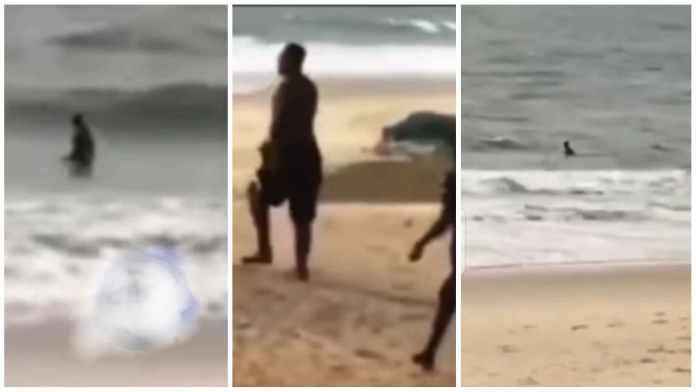 Thief Ran Into The Ocean To Escape Police Arrest – Video Below

Thief Ran Into The Ocean To Escape Police Arrest – Video Below. A thief had to do a quick-thinking from getting arrested by the police and the first thing that occurred to him was to jump into the ocean to evade arrest.

The incident which reportedly occurred in Sierra Leone captures the moment some police officers were seen making efforts to get into the ocean to effect his arrest.

The video is since making rounds on the internet and it’s generating funny reactions as you could expect.

A man who recorded the incident said it occurred in Freetown. Watch the video below;