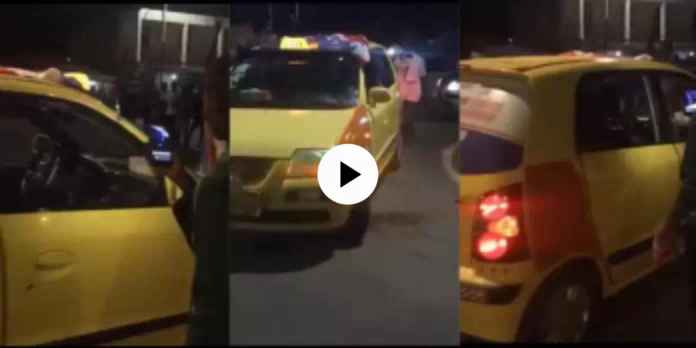 Taxi Move Itself In Town Without A Driver – Video

Taxi Move Itself In Town Without A Driver – Video. Hilarious as Taxi without driver driving itself causes confusion on social media in latest trending video.

There’s a viral video on social media that captures the moment a Taxi without a driver was driving it self in Hohoe, Volta Region.

The video is said to be taken after NPP supporters hit the streets to celebrate following the declaration of The Energy Minister, John Peter Amewu, as winner of the Hohoe parliamentary seat.

In the video the car could be seen driving and turning, yet, there was no driver therein.

Netizens have concluded that this is another proof that the strongest of ‘juju powers’ are from the Volta Region.