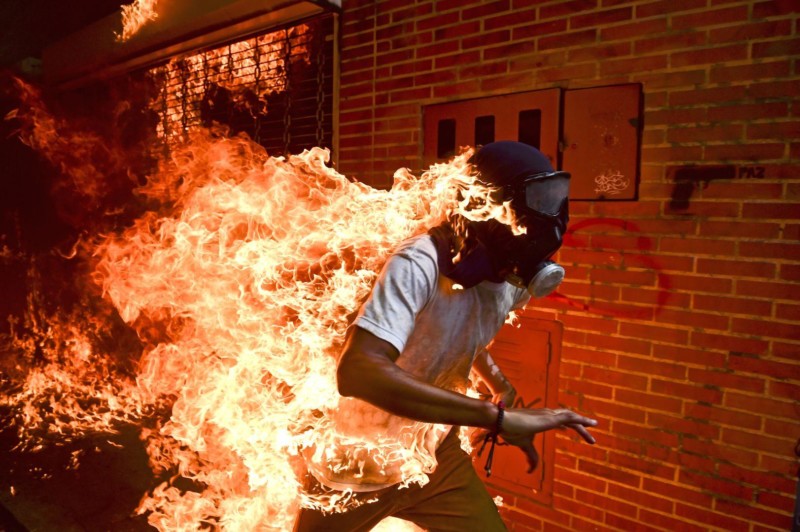 Strange : Married Man sets himself and side chic ablaze in Benue

It was reported that the man whose personality was unknown as at the hour of recording this report, purchased fuel, locked his sweetheart inside the room before setting both of them on fire.

The man who is about 40 years died on the spot as a result of the inferno, while the girlfriend, also got burnt beyond recognition.

The incident occurred on the end of Inikpi Street, high-level area in Makurdi on Saturday, November 14, 2020, at about 6:30 pm.

When The Nation visited, officers of the Federal Road Safety Corps, FRSC, were seen evacuation the corpse of the young man and that of his girlfriend to the hospital.

Fire fighters fought hand to put out the fire and prevent it spreading to other houses.

Neighbours told The Nation that the young man had a wife and children somewhere but he was always complaining that “his wife is threatening his life even though they are not living together.”

Others said it was a case of mental health.