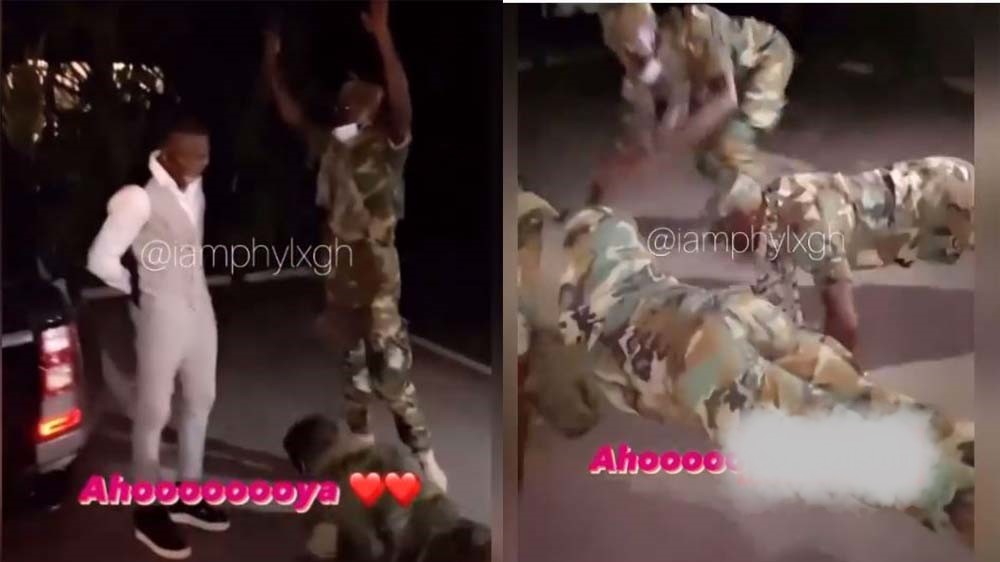 In a new video sighted by thedistin.com on social media, these military men were spotted seriously and joyfully doing some push ups as their way of showing him respect.

Although the video didn’t show exactly when they started the push up but according to a voice in the video, they have been pushing up for a while.

However this looks like it is not the first time Stonebwoy has experienced such a treat and act of respect from military men in Ghana.