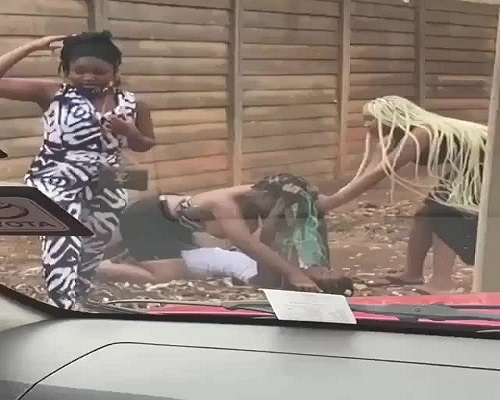 Slay Queens Fight Nak3d N Exchange Blows In A Street Fight – Video. There was drama as slay queens were involved in a street fight that ended up in them undr£ssing each other.

You know the world we are living in is actually shocking, When people will record a video instead of trying to stop people from fighting.

We not sure what happened that resulted in the two girls fighting but below is the video of the whole drama as it happened.