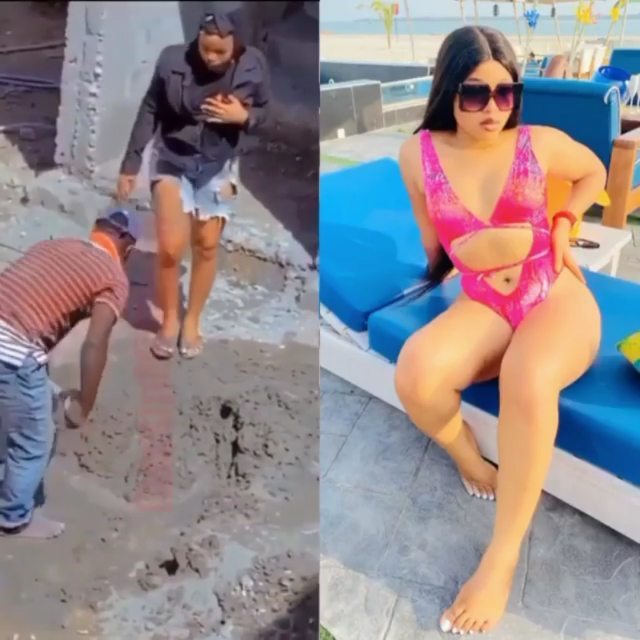 Some haters managed to film a high budget slay queen carrying Kponkor for survival. The lady in the trending video disguised herself, however, her enemies still managed to notice her.

The identify of the lady has not been revealed yet but her actions made many to react to the video although others were praising her for getting a better job.

When she noticed that she was being filmed, she run away to hide her face.