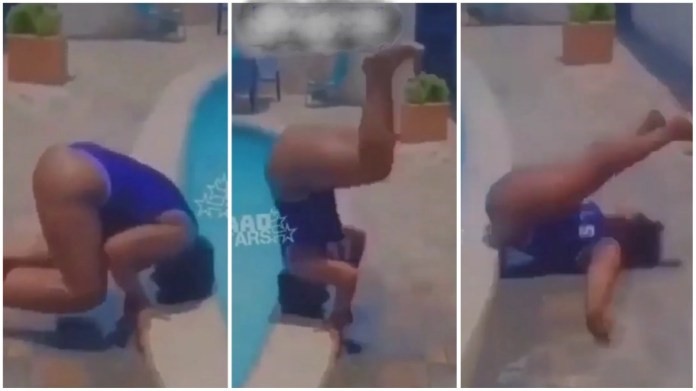 Slay Mama Almost Broke Her Neck While Dancing N Pulling Hot Stunts On Insta Live – Video. You may have seen socialite bimbos pulling crazy stunts on social media just for likes and retweets but this lass is outrageous.

It is always fun when someone tries to pull off a crazy stunt but fails spectacularly.

For instance, this Slay Queen was having a good time in a swimming pool when she tried to show off her agility.

However, she slipped and landed awkwardly on the wet concrete slab.

You can tell she felt it from the way she was holding her back. Nevertheless, this is painfully hilarious!