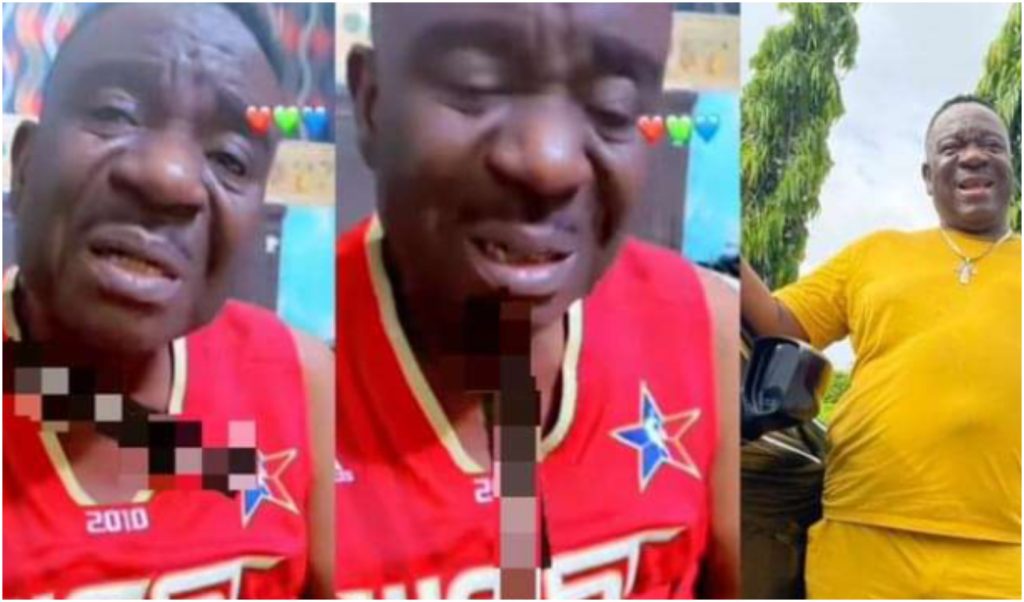 Sick Mr Ibu Cry And Begs Daughter To Drink His Medicine On His Behalf. Celebrated Nollywood Actor, John Okafor popularly called Mr. Ibu has been captured in a video bitterly refusing to adher to doctor’s advice by taking his medications after being hit with an undisclosed illness.
In a TikTok video sighted online, Mr Ibu is seen sitting on his bed having a conversation with his daughter who came to his room to give him his medicines.

Apparently, Mr Ibu has had enough of taking the pills and does not want to take them anymore but his daughter insisted he took the pills in order to speed up his recovery and join his colleagues in the movie industry to work.

In what appears as a humor part of it, the Nollywood veteran asked her to take the medicine on his behalf causing the daughter to burst out in laughter whose face was not captured in the video.