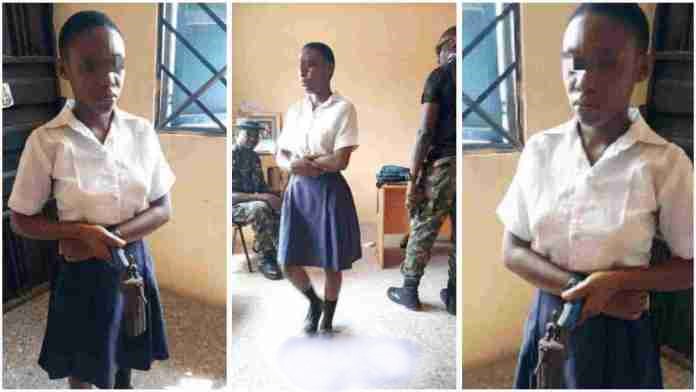 A female student whose name hasn’t been published yet of the Government Secondary School in Ikot Ewa was caught with a local gun in school.

According to reports, the girl was asked by her teacher to cut her colored hair after being angered by the confrontation, she showed up in the school with a gun reportedly planning to shoot her teacher.

Soldiers were called on to take over the incident after the student was spotted with a gun.

Soldiers were invited after the student was caught with the gun, as seen in photos shared online.

Video : Guy Who Use Cow Urine To Wash Dirt Off His Face Trends – Watch Below 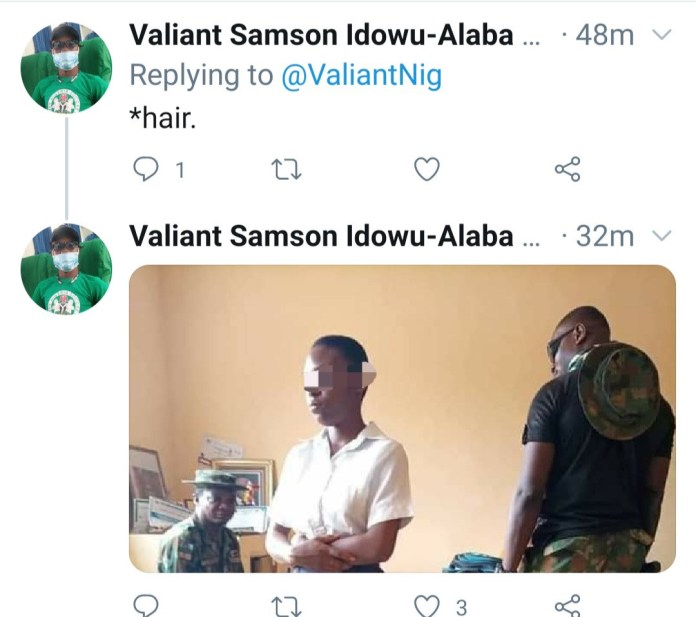 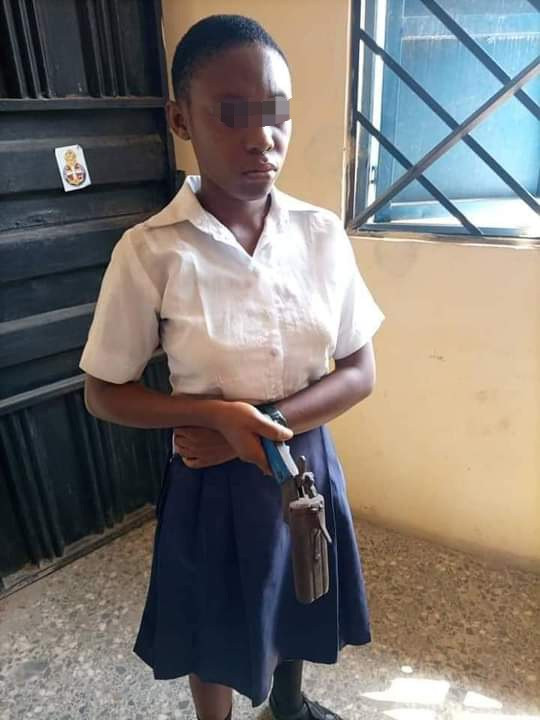 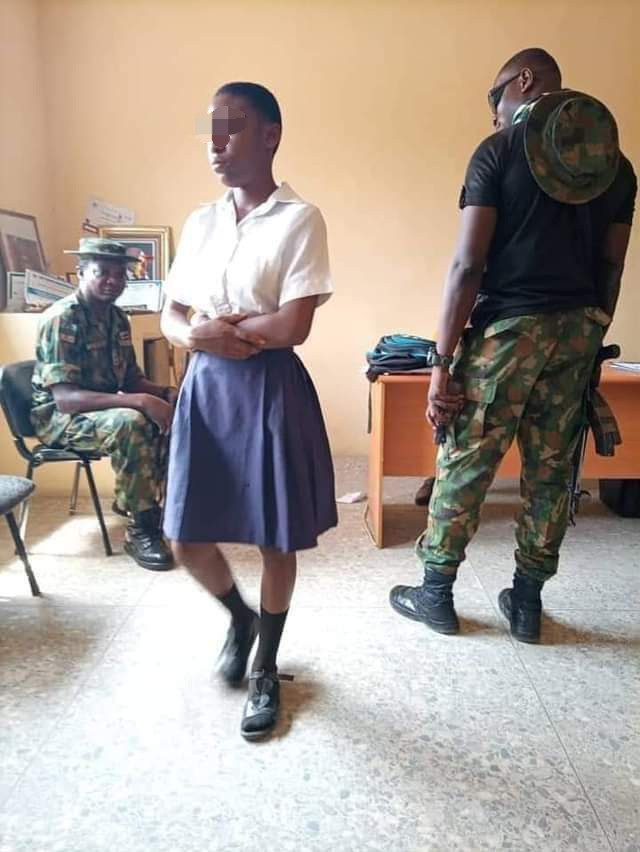