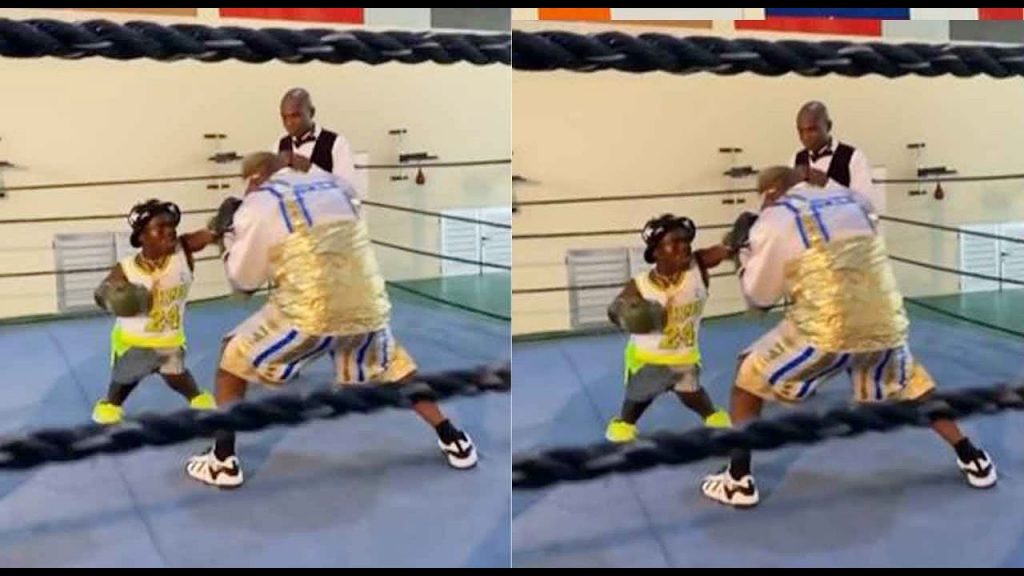 In what looked like a staged bout, the diminutive social media sensation and the professional boxer went head to head.

The video shared on Shatta Bandle’s Instagram page shows him knocking Ayittey to the ground after landing a number of punches.

As Ayittey goes to the ground, comedian DKB is seen entering the boxing ring and trying to revive Ayittey as he supposedly passes out upon knockout.

On the other side of the ring was another comedian who goes by the name Ajeezay as he was seen cheering as Ayittey went to the ground.

Another interesting figure spotted in the video is the embattled Dr. UN as he was in the thick of affairs refereeing the fight.

The video could easily pass for a scene in a music video or for a commercial with quite a number of famous faces making appearances.