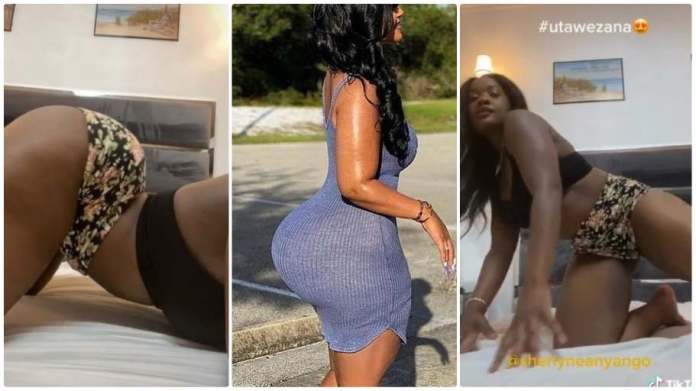 The Kenyan Slay Queen is fond of going live and entertaining men and she seems to be making a killing out of her ratchet behaviours.

Sherlyn recently revealed that there’s a night she received more than 1000 US dollars by just tw3rking for men online.

Anyango is slowly replacing aging Vera Sidika and soon, she might be the hottest socialite in Kenya.

The 25-year-old lady left little to imagine after she applied oil on her famous big booty and tw£rked it hard for the male fraternity.

She shared the video on her Instagram page and men flooded to her timeline with lustful comments.