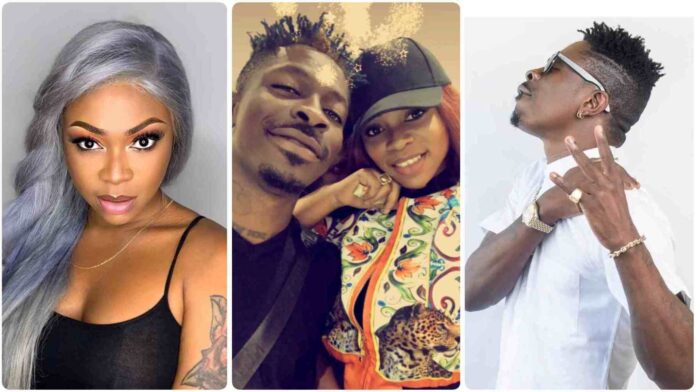 Shatta Wale – She Is The Reason Behind My Breakup – Watch Video To See Who. Two years after they went their separate ways, Shatta Wale has finally revealed the cause of breakup with baby mama Michy

The break up by the two sent shock down the spine of SM fans and people who liked them especially when Shatta Wale during his ‘Reign’ concert proposed marriage to her which she accepted.

After their breakup, a lot of allegations came up from both camps as to the possible reason why they went their separate way.

As it stands now, the main reason for their break up is between the two of them but new details emerging has it that popular slay queen Hajia4real played a role in the break up.

This was revealed by Shatta Wale himself during the song release party of Hajia4real.

According to Shatta Wale, most of his relationship ended because of the closeness between himself and Hajia4real.