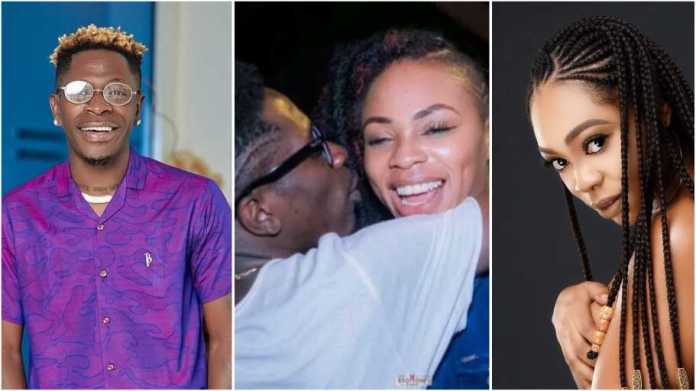 Shatta Michy has disclosed that she literally had to run out of Shatta Wale’s house a few weeks after he proposed to her on stage.

According to her, even though Shatta Wale is rich, she ran out of his house without picking any of her belongings.

Video : Shatta Wale Speaks To The Public After Getting Freedom From Ankaful Prison – Video

She left without sandals and was not dressed. She was in a bathroom robe and her son Majesty was in boxers alone.

She’s speaking up because she’s tired of how the public created a perfect image of their relationship.

Shatta Michy blamed herself for loving Shatta Wale wholeheartedly, which caused their break-up.

“After the proposal, it got worse, it got unbearable,” she said. “That’s the only word I can use.”

“What you guys don’t know is I literally ran and left my clothes, I did not carry chalewote (slippers). I did not carry one outfit or dress. Not a wig, I was in a bathroom robe, and my son was in boxers.”

“Nobody knows this. I’m tired of [the relationship] being made to look like everything was good. They don’t know what happened and I just got up and left. No!”

She went on to add that: “for me to run and leave my clothes, it was an unbearable situation. I loved him too much.”