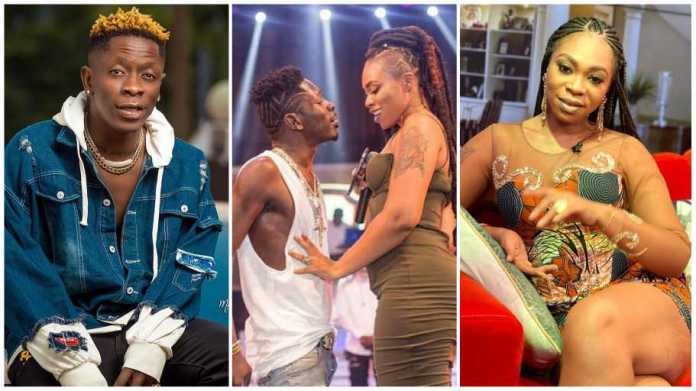 Shatta Michy – Dating Shatta Wale Was A Total Waste Of My Youth – Video Below. Shatta Wale’s ex-fiancée Michelle Diamond Gabgbonah, popularly known as Shatta Michy, says her time spent with the dancehall artiste was a complete waste of her youth.

Watch : Guy Who Use Cow Urine To Wash Dirt Off His Face Trends – Watch Below

According to her, she could have achieved an enviable feat if she had focused on her schooling and abandoned Wale’s budding dream at a youthful age.

Video : See Wat Students Did To A Maye After His Girlfriend Dumped Him, Story Is Sad (Video Below)

Speaking on the United Showbiz show on UTV, Michy who did not mince words emphasised that she has become a better human being without her ex.

“I look so good without Shatta Wale, because if I had been monitoring him the time I would [have] put in it wouldn’t have made me look this good because I have a lot to do.”

She also noted that she had to cut ties with Shatta Wale after their break up because every time spent with him reminded her of the ordeal she endured under the roof of the music icon.

Michy, who has a child from the relationship, says she has learnt several lessons from dating Shatta Wale because they were able to make history.

Michy further revealed that she was pursuing a career in law now to inspire Majesty, her child from the relationship, to aim for higher heights when he is old enough.