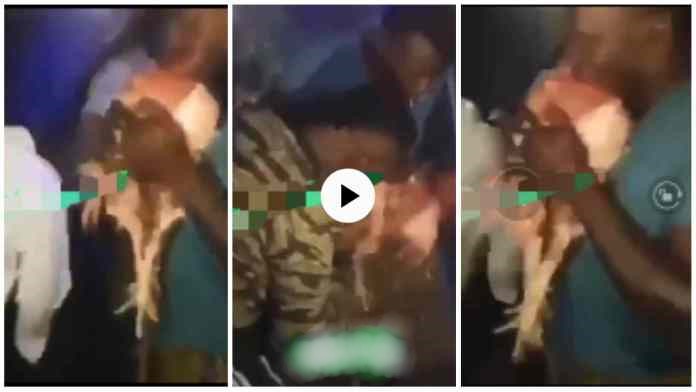 Nowadays, because of the pressure on social media from celebrities or popular figures, some guys are ready to do anything to live a luxurious life too.

They really don’t think about the consequences anymore.

A new video making the rounds online shows a group of suspected yahoo boys eating live chicken as a ‘native doctor’ performed a ritual on them.

In the viral video, the young men can be seen dancing to loud music as they devour the live chicken in the presence of a ‘native doctor’ who is chanting incantations.