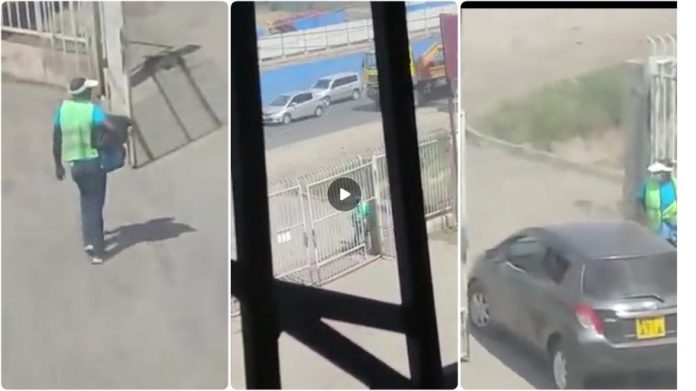 According to reports, the robbers disarmed two officers who were guarding the bank after overpowering them and then gained access to the bank.

They then confronted one of the bank tellers Peter Kimanthi from whom they took an unknown amount of cash.

Two of the robbers escaped in a motorcycle whose registration number was not captured while the other four escaped on foot to an unknown destination.

In the 2.20 minutes amateur video seen by Atinkanews.net , one of the gang members is seen manning the gate with one hand fixed to a suspected riffle.

Later, other members who donned matching outfits are seen walking out of the premises with bags.