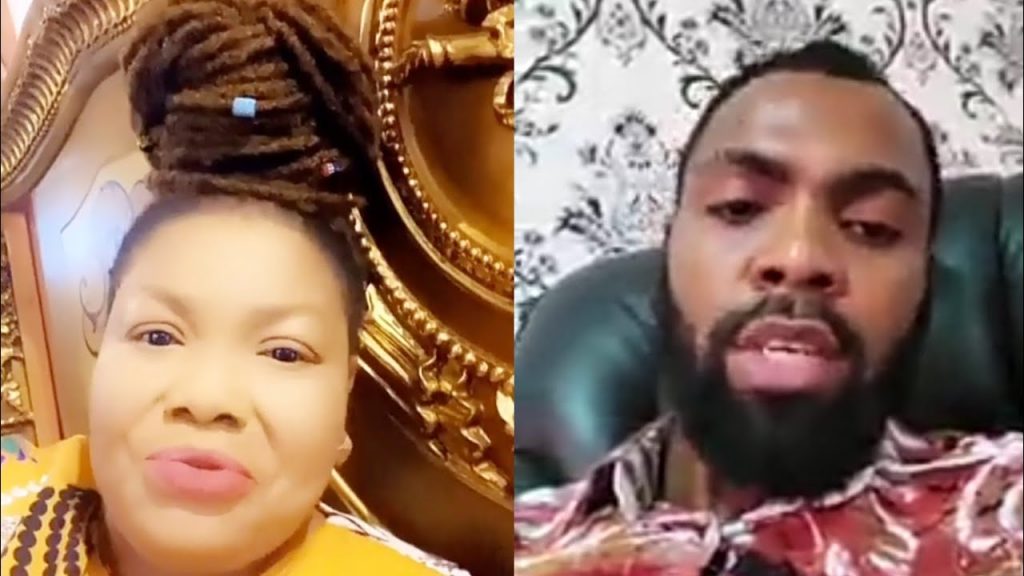 Rev Obofour Angrily Reveals Top Secrets About Nana Agradaa As They Fuel Their Beef Car (Video Below). The founder and leader of Anointed Palace Chapel (APC), Francis Antwi, popularly known as Reverend Obofour, has finally responded to fetish priestess Nana Agradaa over her rants about him.

Revealing why he is now ready to face his number one foe, the man of God stated that, the fetish priestess has been saying bad things about him for a long time and fabricating stories to smear his name and he is not going to take things lightly anymore.

According to the founder and leader of Anointed Palace Chapel (APC), he is ready to go boot for a boot with Agradaa as the battle line has been drawn, taking no nonsense again.

Going further, the father of triplets disclosed that Nana Agradaa known in private life as Patricia Asieduaa once insulted his beautiful wife and kids.

In an aggressive tone, the preacher threatened to fight her (Agradaa) with his last blood thus expose her evil deeds to the public.

“… I’ll fight with my last blood. I will show your camp where power lies. The battle line has just been drawn and I will never pull back…” Rev Obofour stated in the video.