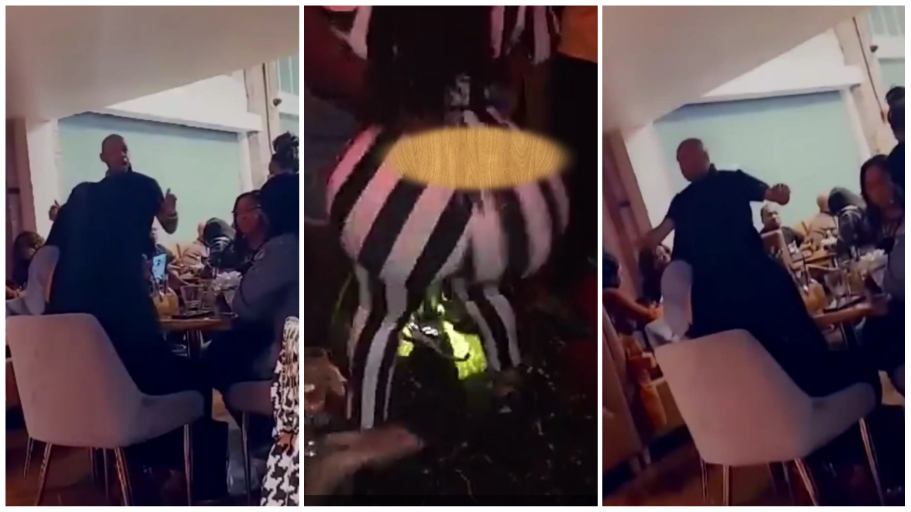 Restaurant Owner Go Wild On Ladies 4 Tw3rking In His Restaurant – Video. Kevin Kelley, the black owner of TRUE Kitchen + Kocktails restaurant, in Houston, tells women tw3rking in his restaurant to “get the f*ck out” if they want to tw3rk in his establishment, as he created this place for women and men to respect themselves.

Over the weekend, Dallas newcomer True Kitchen and Kocktails was at the center of a social media firestorm after video of the restaurant’s owner ranting about the ills of twerking went viral on social media.

The video, posted to Twitter by user @DJGreenVillain, depicts a person who looks a whole lot like True Kitchen owner Kevin Kelley throwing a massive fit over a group of women who were reportedly tw3rking to the music played by the restaurant’s DJ.

According to one source, the song that spurred the incident was Dallas rapper Lil Ronny MothaF’s “Circle (Throw Dat Ass In A Circle).”

“All this tw3rking shit, don’t bring it here because we’re a restaurant,” the person says in part. “If you wanna do it, get the fu*k out my restaurant. Don’t do it again. I don’t want to hear it if you don’t like it, get out because I don’t need your money.”

Since being uploaded to Twitter, the video has racked up tens of thousands of likes, shares, and comments, most of which are critical of the restaurant’s handling of the incident.

One user referred to Kelley as the “twerk tyrant,” while others pointed out that the bar does sometimes advertise itself as a nightclub,