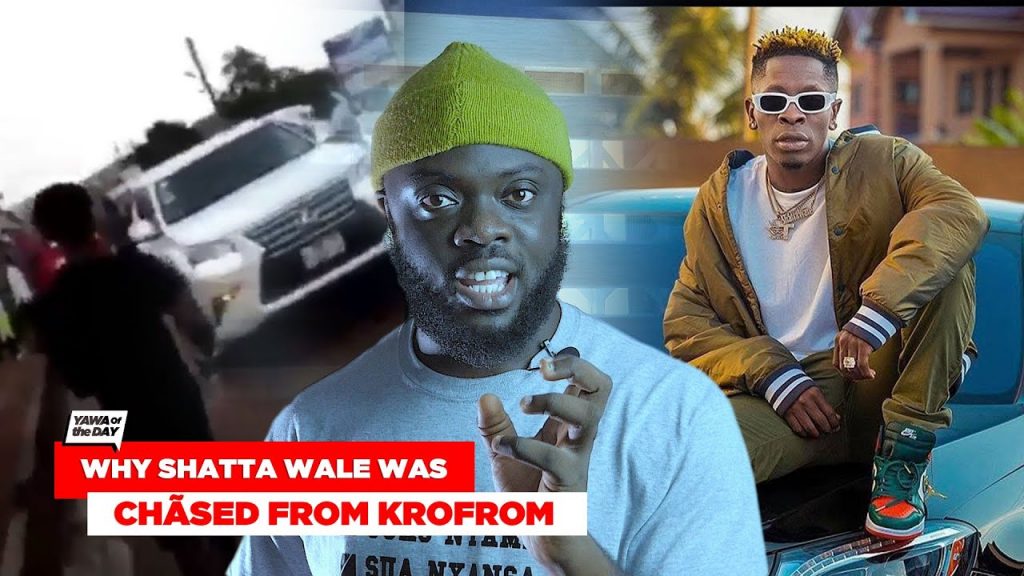 Reason Why Shatta Wale Was Chased Out Of Krofrom Revealed – Video

Reason Why Shatta Wale Was Chased Out Of Krofrom Revealed – Video. Dancehall musician, Shatta Wale, was driven out of Krofrom, a suburb in Kumasi by an irate crowd believed to be friends of the late Junior US who was killed in his home in the United States on May 20, 2019.

The self-acclaimed dancehall king prior to his visit to Kumasi was warned by this group of people not to step foot in the area because he failed to attend the funeral of the late musician despite how close they were when he was alive.

The people also alleged that Shatta was owing Junior US GH¢200,000 before he died and until he refunds the money, he should never visit the town.

But Shatta failed to heed to the advice and the threats of these people as he stormed the area with his convoy as part of his ‘Kumerica Invasion’ tour.

Upon arrival, the dancehall musician was mobbed by a group of angry youth who would have destroyed his cars if not for police intervention.

Meanwhile, sources reveal that Shatta Wale’s reason for visiting ‘Krofrom’ was to shoot a music video for his ‘Kumerica Invasion’ album.

The album features up and coming rappers from Kumasi, many of whom gained recognition during the Kumerica wave.