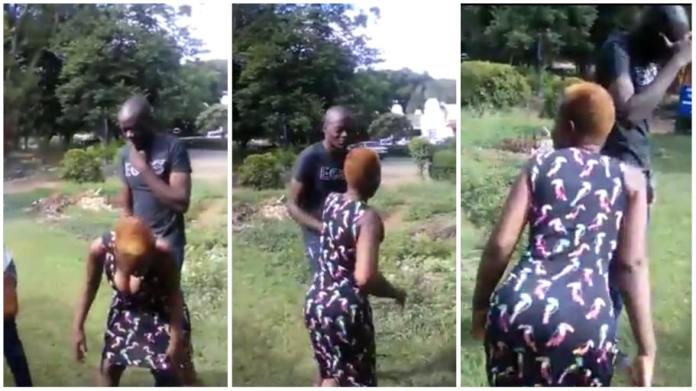 Prostitute Disgraced Guy Totally 4 Refusing To Pay For Her Service – Video Is Shocking. A man looking for a little pleasure instead found himself in the hooks of prostitutes when he refused to pay for the service.

The Kerewa Starved man had offered to pay the prostitute with his phone but when his senses got back after a gratifying short time….

He now claimed his phone back, giving another option of having the prostitute in another strong second round to square the balance.

Video : Kubolor Should Be Arrested For Supporting Gay Rights In Ghana – Counselor Lutterodt (Video Below)

To his defence , the man claimed that the phone was too expensive to be squared with just one short time.

This sparked an argument, leading to a video of the happenings leaking to the public.

Man disgraced publicly over failure to pay for services of a ‘Prostitute#Ghana #AtinkaNews #Zimbabwe pic.twitter.com/L4MMTT4PC2