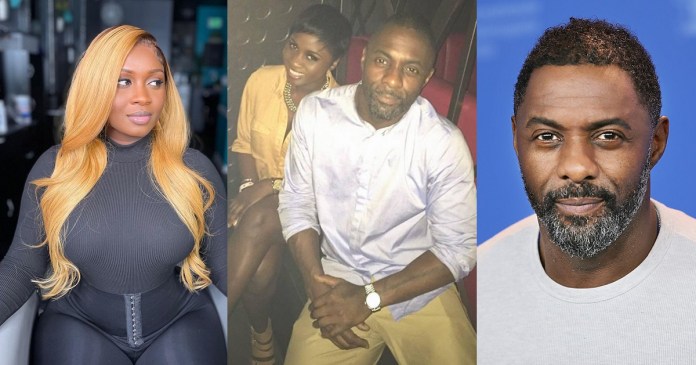 The curvy actress shared a photo she took with Idris, who is married.

In the caption, Princess Shyngle called him her crush and said his arm on her leg, as seen in the photo, was “so comfortable”.

Princess Shyngle adds that what she regrets following the meeting is that she didn’t grab him with her two arms and refuse to let him go. 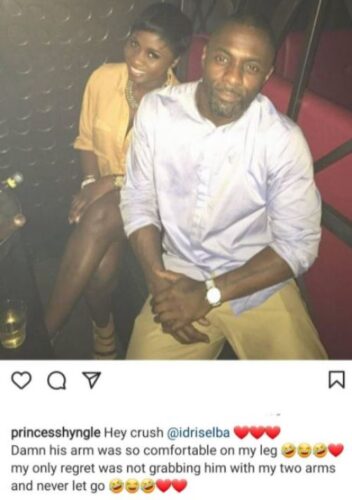