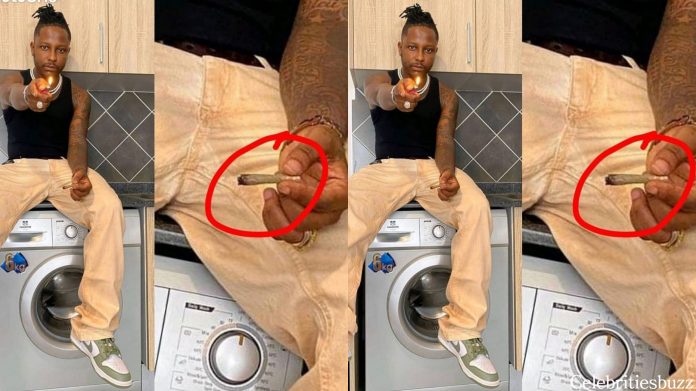 Photo Of Kelvyn Boy Smoking Over Sized Cannabis Trends – Watch. Ghanaian Afrobeat singer, Kelvyn Brown popularly known as Kelvyn Boy is who got signed to Burniton music group owned by Stonebwoy but due to some controversies left the label in 2019.

However, he is determined in his music career as he kept releasing hit songs after his former label.

Smoking of cannabis, mostly referred to as marijuana or “weed” is however prohibited in Ghana.

Fearlessly, Kelvyn Boy has been captured in a new photo causing stir on social media as he holds a rolled marijuana in one hand and a lighter on the other hand. 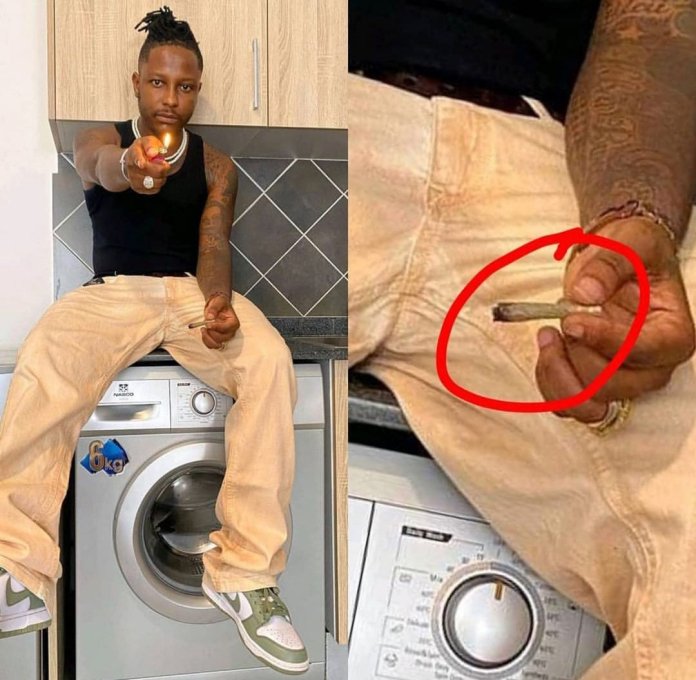