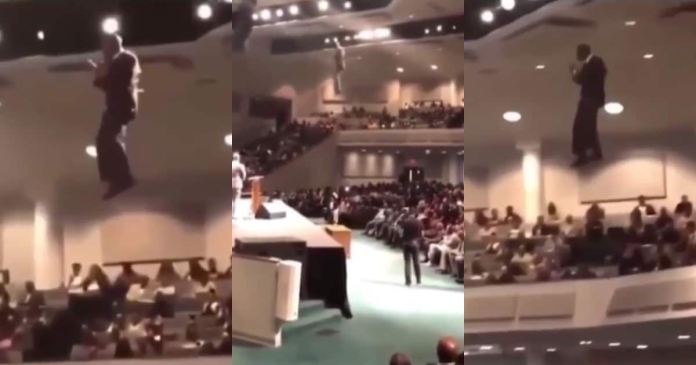 Pastor Descends From Heaven Into His Church – Video Below

Pastor Descends From Heaven Into His Church – Video Below. Preacher man has causes stirs on social media as he is seen descending from the skies of the church auditorium.

The video sighted online saw the pastor dropping from the roofing area with the help of invisible ropes from which he was hanging.

It is yet to be known why he decided to make such a grand entry but one thing is for sure that the congregants would be awed by the move.

Its unclear whether the pastor was demonstrating the second coming of Jesus Christ or its with a different intention.

Some congregants were hearing his voice and wondering where he is speaking from while others were gasping at his descending into the auditorium.