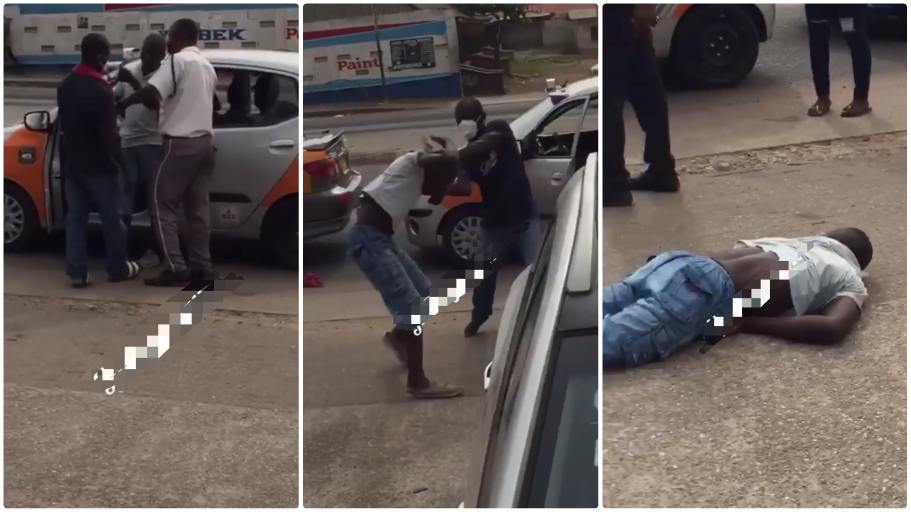 Pah Pah Taxi Driver Nearly Die After Trading Blows With Another Driver On The Street – Video Below. Per the video, a security man present at the scene was seen trying to separate the two drivers from engaging in a physical scuffle.

Video : Side Chick Confronted Married Man As He Was Shopping For His Wife In A Mall – Video Is Trending

After a short while, one of the drivers moved closer to the other during the argument which later escalated into a physical fight.

One of the drivers was knocked down by the other as he collapses on the spot. Bystanders rushed to the scene to confront the other one.

Well, the victim might have died on the spot because people tried lifting him up but did not detect any sign of life in him.