Our Houseboy Is The Father Of Our Son Not U – Wife shocks husband during a divorce case. A popular Ugandan business tycoon is reeling in shock after his wife dropped a bombshell in court during proceedings of a divorce case that he has filed.

The tycoon accused his wife, who works in a bank, of having extra-marital affairs with her boss and filed a case in court seeking to divorce her.

The jilted wife informed her husband during the proceedings of the messy divorce that he is not the biological father of their son.

She confessed that she sired their son with their houseboy.

This is how popular Ugandan tabloid Red Pepper reported the messy divorce. 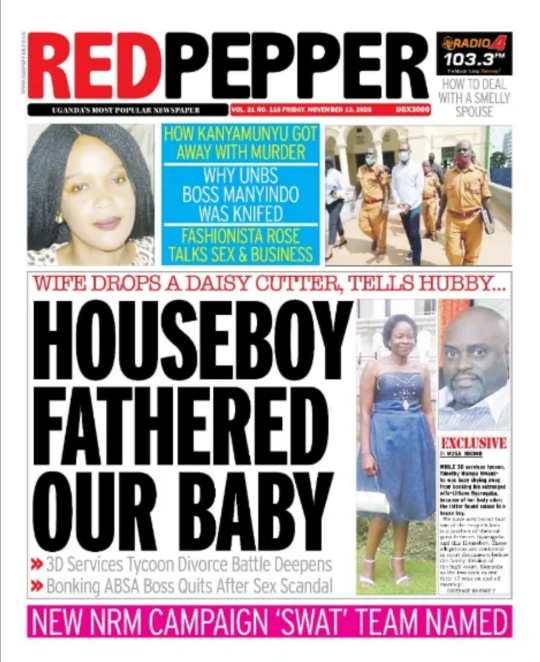