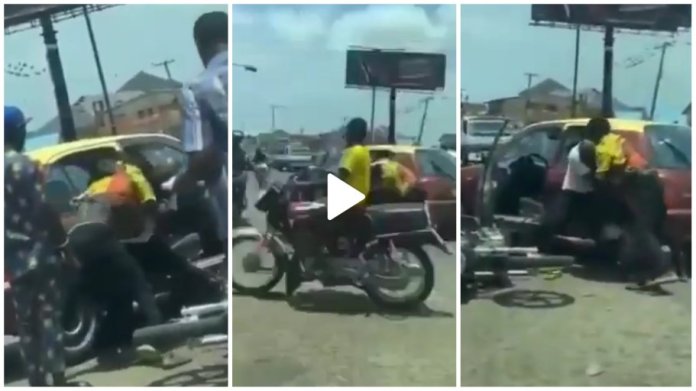 Okada Driver N Taxi Driver Fights Dirty In De Middle Of Heavy Traffic – Video Below. Every day or the other, amusing, weird and funny videos go viral on social media , capturing the interest of users.

One such video that is being widely shared on social media is of a crazy fight that broke between a taxi driver and commercial motorbike rider in the middle of a street.

It is believed there was a miscommunication between both motorists as they plied the shoulder of the lane.

The duo got observers worried as they turned the busy road to a boxing ring, unperturbed by the traffic they may cause.

It took the intervention of four bypassers to release the taxi driver from the grips of the motor rider.