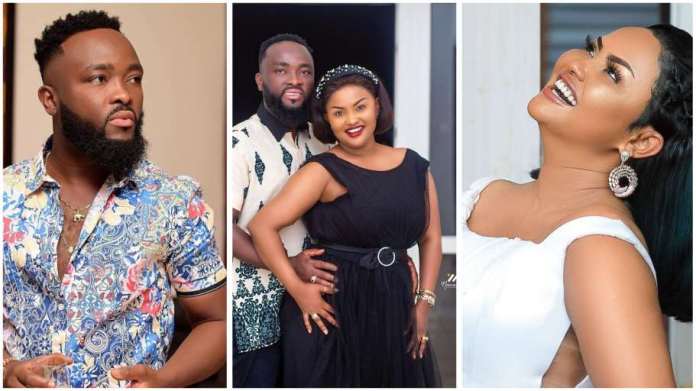 Nana Ama McBrown Calmly Pleads With Husband Not 2 Break Up With Her – Video Trends. Star actress Nana Ama McBrown has been hailed on social media after a video going viral captures her begging her husband Maxwell not to break up with her regardless of anything.

Video : Am More Of A Woman Than You So Have Sense – Transgender, Buchi fires back at Bobrisky (Watch)

McBrown and her husband Maxwell Mensah, have been the subject of many rumours within the past few days.

The rumours were started by Kantanka TV presenter Mona Gucci who claimed Maxwell had cheated on his wife and even got the actress’ friend pregnant.

As the initial rumours go down, another presenter Maame Yaa Kissiwaa is claiming that Maxwell has threatened to divorce McBrown.

Kissiwaa who hosts a programme on Oheneba Media, a popular Facebook page, claimed that Maxwell had issued an ultimatum to McBrown to choose between their marriage and her work as host of UTV’s United Showbiz programme.

However, A video of the actress and her husband has surfaced on social media.

In the video , Nana Ama McBrown is seen in an FM studio singing a love song composed by R2Bees to her husband, urging him to love her unconditionally.