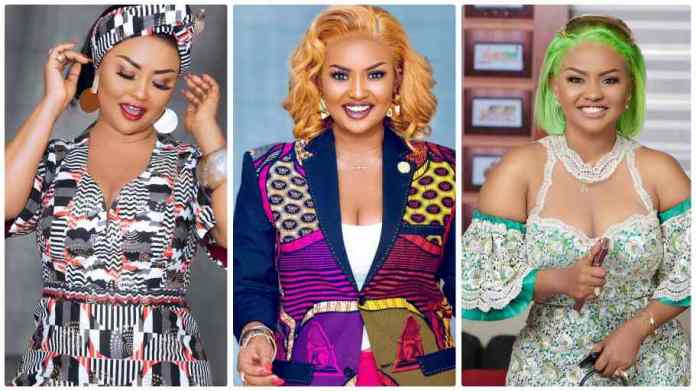 Rumours popped up on social media on Monday, February 22, 2021, that Maxwell had been unfaithful to his wife to the point of getting another lady pregnant.

According to Kantanka TV presenter Mona Gucci who started the rumour, she had it on authority that Maxwell had got a caterer who is a friend of McBrown pregnant.

Download : Abna – Something Must Kill A Man (Forget The Rest Riddim) (Prod By BodyBeatz)

As the initial rumours go down, another presenter Maame Yaa Kissiwaa is claiming that Maxwell has threatened to divorce McBrown.

Kissiwaa who hosts a programme on Oheneba Media, a popular Facebook page, claimed that Maxwell had issued an ultimatum to McBrown to choose between their marriage and her work as host of UTV’s United Showbiz programme.

The Oheneba1 TV presenter explained that McBrown’s husband is worried by the many controversies which have arisen from the actress’ show.

Meanwhile, a photo coming after McBrown has trended massively in the news following issues pertaining to her husband and her marriage have fans saying she looks like she has been crying but faked a smile.

The beautiful mother of one looked gorgeous in her pink photo which was taken during her United Showbiz progamme.

However, some fans have said the actress’ face is not cheerful as she is known, and also, her face looks like someone who had been crying but only came on the show to fake a smile.

Others, however, said she was looking gorgeous as usual.