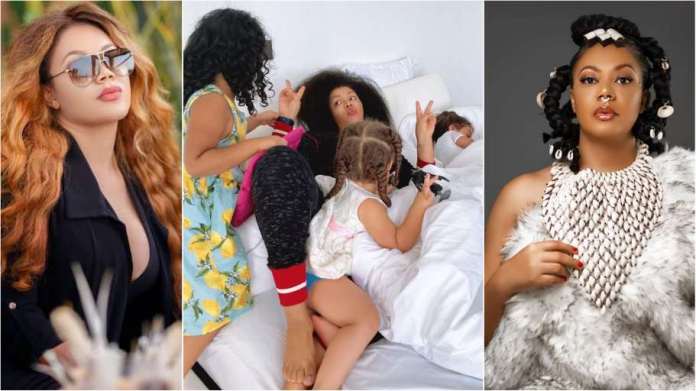 Screen goddess Nadia Buari, has come out to reveal the father of her kids, after constant queries by Fans.

Nadia Buari in a video stated that since many have been asking her to show the face of her children’s dad, she has decided to let the cat out of the bag, and to our surprise it was Van Vicker.

However it is quite clear the two were just messing around with us.

Must Watch : I’m a ‘dead goat’, trolls don’t get to me – Psalm Adjetefio