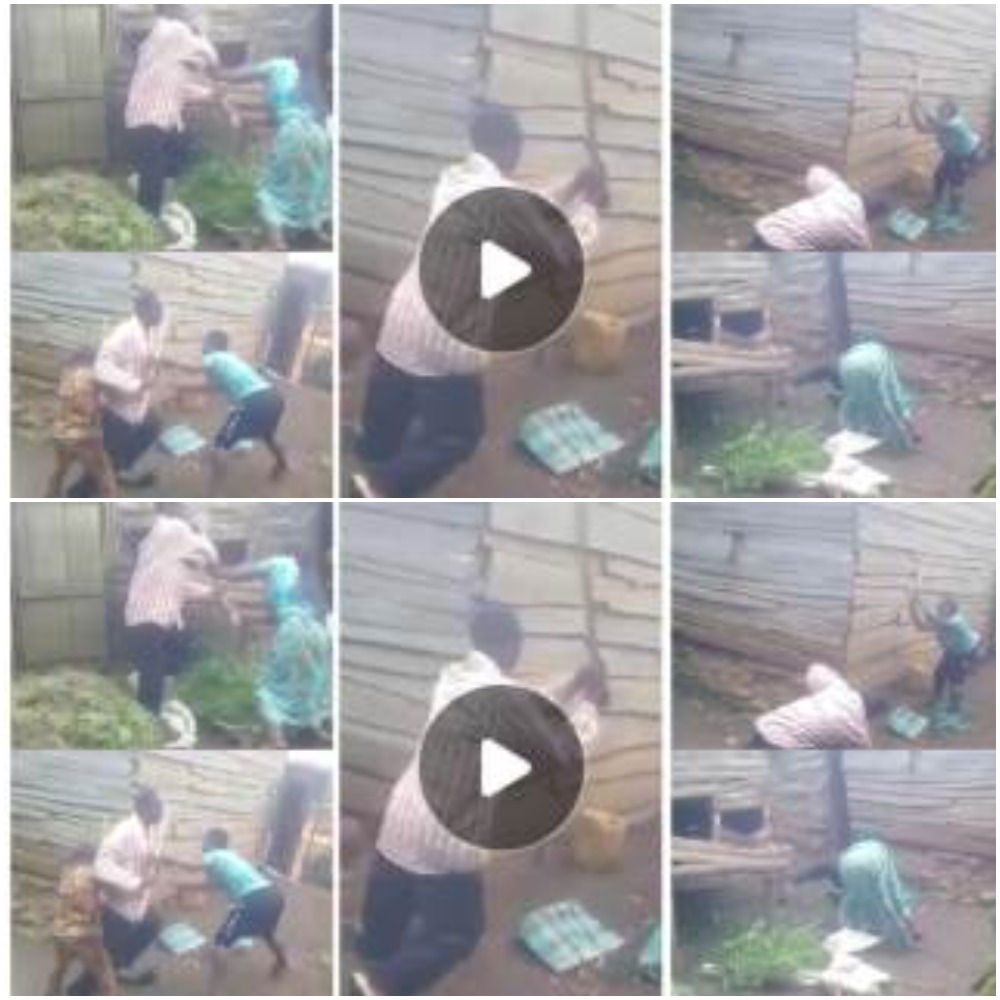 Mum N Kids Join Forces To Wrestle N Beat Dad – Watch Video. A video has made the rounds on social media and it has got Netizens talking

A man was involved in a domestic dispute with his wife, which resulted in a physical fight.

The video shared online and which has sparked a lot of reactions shows the heavily built woman wrestling her husband to the ground after she overpowered him.

She then picked up a huge stick and started beating the man of the house like a toddler.

Their little kids, who were watching the ugly fight between their violent parents from a distance, took sides moments later and joined their mother in beating their dad.