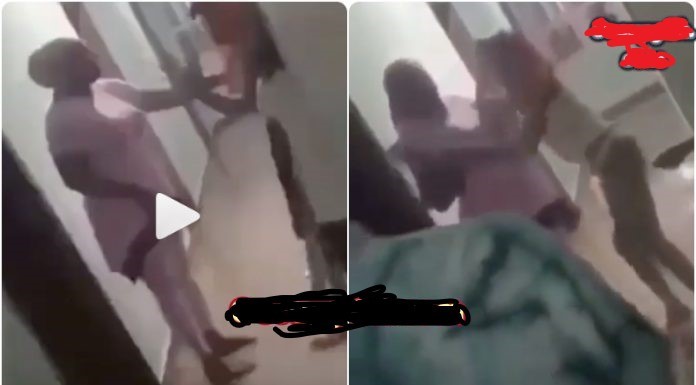 Mother Beats Daughter And Boyfriend Nak3d At A Hotel – Video Below

Mother Beats Daughter And Boyfriend Nak3d At A Hotel – Video Below. Video of an angry Nigerian woman who caught her daughter in a hotel gives her some slaps.

In the video, you can see due to how angry she is, she held her daughter’s dress very tight at the neck as she slaps her.

A young man who was either the man she caught her daughter with or a relative she came there with decided to ask her to calm down but got some few punches in the stomach.

However, what is this world turning into as a girl as skinny and young as this has already started an ashawo business?

Nigerian mother catches her daughter in a hotel room with a man. The angry Mum who spoke Yoruba reacted by dragging her daughter out of the facility.