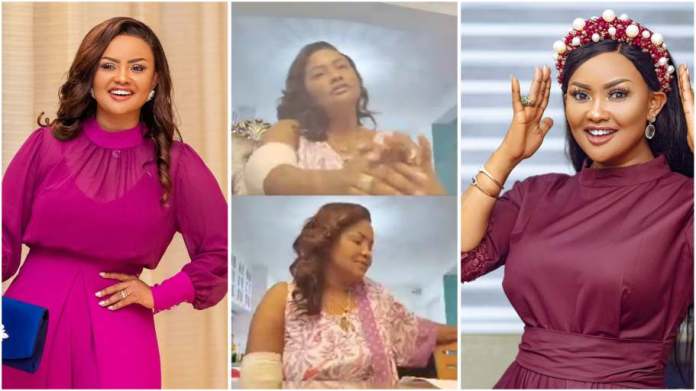 McBrown Involved In An accident; Goes 4 Another Surgery – Video. Much-loved Ghanaian actress and TV presenter Nana Ama McBrown has been recently involved in a home accident.

According to the actress, she fell down and broke her right arm about two weeks ago and has had to undergo surgery.

Nana Ama McBrown disclosed this while interacting with her fans in a live video session on her social media pages.

The award-winning actress indicated the accident and subsequent surgery were the reasons why she has not been on her United Shobiz programme on UTV over the past two weeks.

Explaining what happened, McBrown stated that the right arm which got hurt was the same arm which was broken when she had a serious motor accident in 2013.

It will be recalled that McBrown was involved in a near-fatal accident on the N1 Highway in Accra in 2013.

McBrown suffered injuries on her right arm and had to undergo two surgeries to correct any defects and heal her.

Though it has been many years since that accident, the recent home accident affected the parts of her arm where the first surgeries happened.

Speaking during her interaction with fans, McBrown revealed that metal frame put in her arm during the first surgery had to be removed and refixed. She stated that it was a very painful experience and she cried all through the procedure.

She, however, assured fans that she was getting better and will be returning to the show very soon.