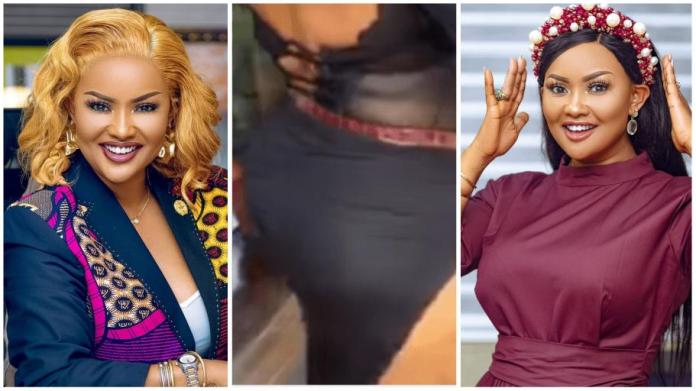 In the video, Nana Ama McBrown was captured shaking her waist with her big backside catching the attention of her fans.

Putting fixation on her butt and hips which has seemingly expanded, some critics accused the beautiful actress of undergoing surgery to obtain such a look.

According to the social media users, Nana Ama McBrown is hiding behind exercise as the ultimate cause of the increase in the size of her buttocks, but the reality is that she’s gone under the knife – liposuction surgery.

“Mcbrown has a nice backside after she gave birth. I am not sure if the exercise has shape her body this way”, a netizen called Maamesi Oakville Aikins said.

Don’t forget, McBrow after child delivery has been seen in a lot of videos embarking on body exercise but in the voice of Maamesi Oakville Aikins….

Video : Patapaa Cuts Call In Interview With TV3 Presenter Over Disrespecting Him – Video Below

and other discerning ladies netizens, the host of UTV United Showbiz is just deceiving Ghanaians as she has done liposuction surgery to enhance her buttocks.

Watch : Shatta Michy – Dating Shatta Wale Was A Total Waste Of My Youth – Video Below