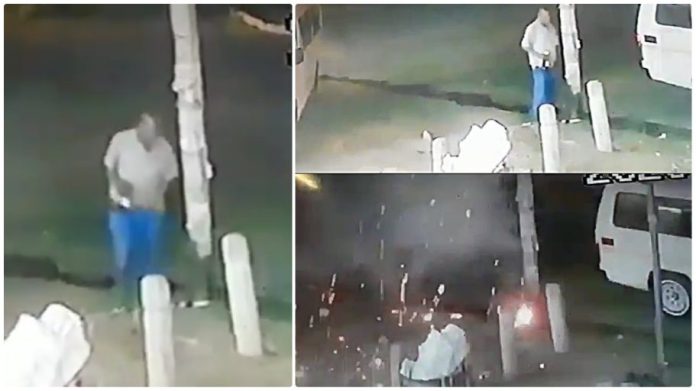 Man Vanished While Urinating Beside Electrical Pole – Video. Netizens on micro-blogging platform, Twitter are still in shock and can’t think far after a man vanished while urinating besides a electrical pole which lead to him being  electrocuted by a live wire from an electrical pole.

In CCTV footage, the man can be seen walking out of a shop and then looking for a spot so he could urinate.

He approached the electrical pole – which seemed to have exposed live wires – and it exploded when his urine came into contact with the wires.

The footage shows the man ‘vanishing’ from the scene after the explosion.