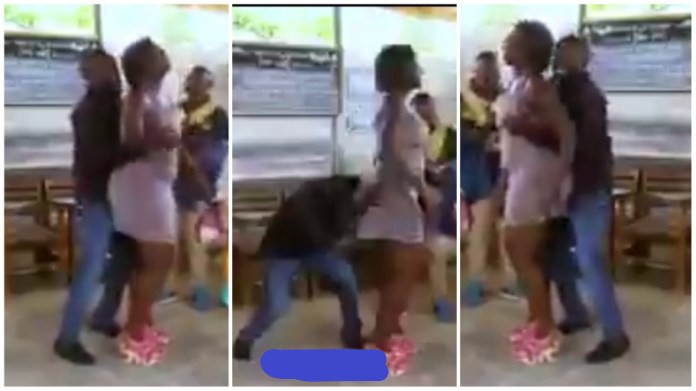 Man Of God Seen Squeezing Woman’s Boobs And Bortoss During Deliverance Service – Video. A video of a rogue pastor doing the unthinkable to ladies in church has taken social media by storm and shocked Netizens.

Since the advent of democracy, Africa has been flooded by questionable and controversial pastors and prophets.

A video of a pastor caressing a lady’s [email protected] is currently circulating on social media. The congregation could be heard applauding the pastor in his acts, which is believed to be deliverance.

Many on social media users believes that it is a staged video, but nevertheless, it is very accurate and sickening to what is happening. They said it makes them be ashamed to be affiliated with Christianity.

Some said If one associate such things with Christianity, then it shows where your faith and understanding stands.

It happens, it is supposed to happen, we all know they must mock God in this time, that’s how they divide themselves.

Most churches are under pressure to perform miracles and in the process they do the unthinkable. What is surprising is that it is always women who need prayer in church.