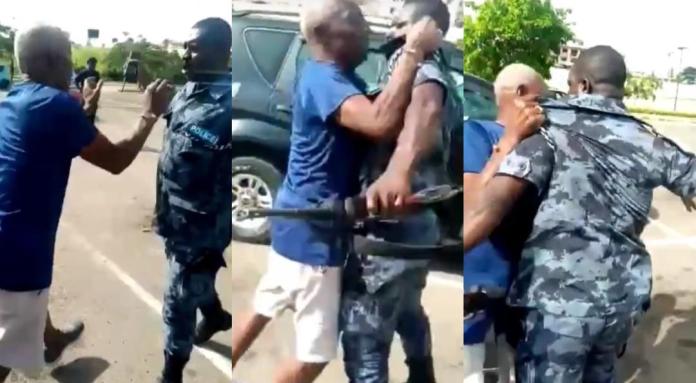 Man In The 70’s Tried To Seize Policeman Gun After He Was Challenge 4 Causing An Accident – Video. Its surprising how an old man in his late 70’s could do something unlawful and try and get away with it.

According to what we gathered from the video, this man caused an accident which caused an injury to someone on the road.

However, instead of stopping, he left without even checking if any harm has been done.

This made some people follow him to question why he failed to stop after causing an accident which had someone injured.

An identified policeman who was at the scene tried to arrest the man but the man was resisting arrest saying he was a big man and asking those around if they knew him.

After he was stopped by the police Officer, he tried to take his gun in the cause of a fight which lead to the policeman pushing him on the floor.

The person at the background recording the video sounded very angry and was telling the police what to do.