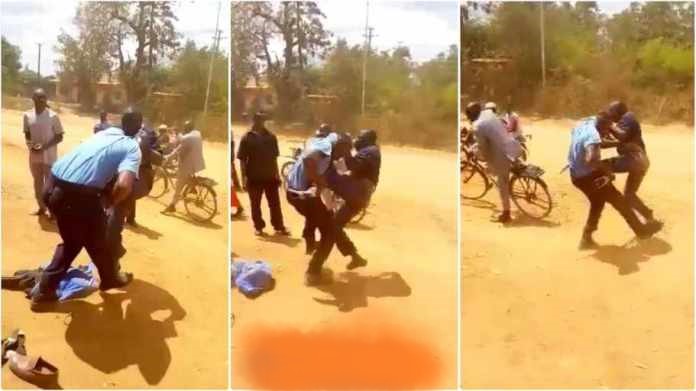 Man Fights Blow To Blow With Armed Police Officer – Video Dey Trend. Below is a video of how a man exchange blows with an armed police officer after a heated altercation.

The video witness how they dirty themselves with hot amazing kicks and blows as passers-by watched and stir.

The officer tried to defend himself but the man over-powered him at some point and wrestled him to the ground.

Some of the passers-by tried to caution the man to stop provoking an armed police officer since he was risking his life but he continued with the madness, oblivious of the risk he was putting himself in.