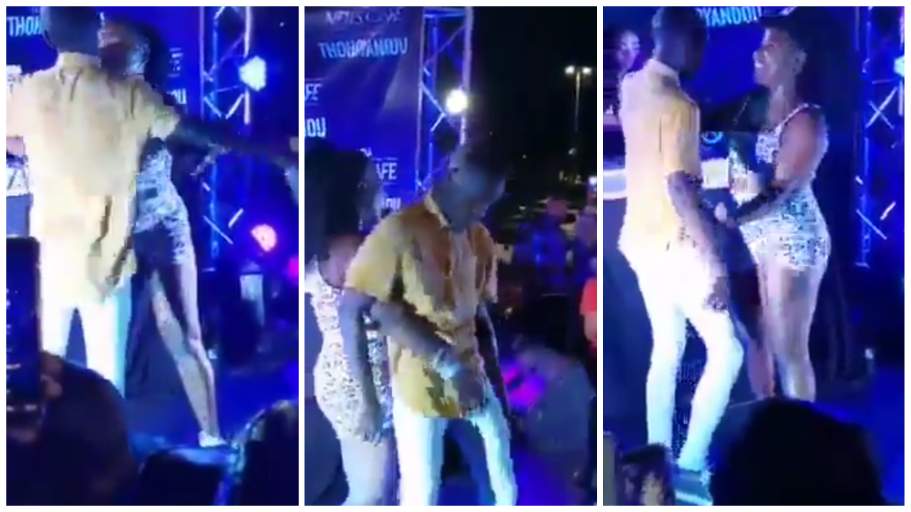 However, a video clip that has since gone viral of the Limpopo born hitmaker was deemed disturbing for many and some called it s3xual harassment at it’s highest level.

A video clip which was shared by SA Clout on their Instagram page sees Makhadzi performing at a recent event.

Her male audience members can be seen wrestling to share the stage with her, but one “lucky” man got the experience of his life and the whole world got to see it.

Makhadzi was performing one of her biggest hits and was dancing with the male fan. She got a little too excited and played with the man’s crotch.

Social media freaked out and questioned what would be the outcome had it been a male artist doing such to a female fan.

“If it was a female this was going to be a different story,” a Twitter user commented.

“Where are the social activists when a man is being harassed like this, eish what is harassment?” Makhadzi is s3xually harassing this guy, cause vele all that matters to him is that he is on the stage,” another wrote.

“Imagine if this was a man doing this to (a) woman. My thoughts exactly, Twitter would have that guy’s head on a plate as we speak. Mara coz (but because) we are guys we are expected to just enjoy the moment and not think too much about what’s actually being done to you…” another commented.